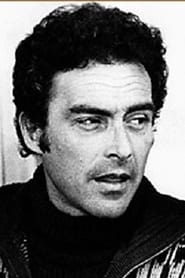 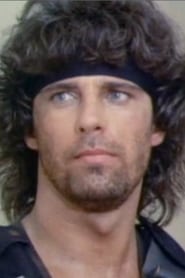 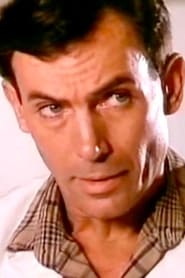 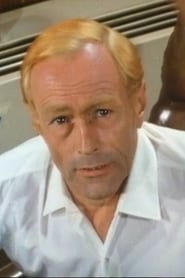 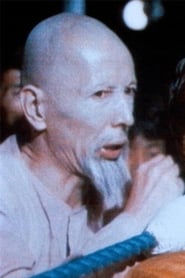 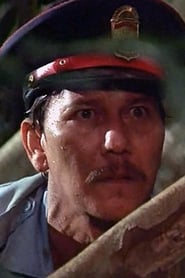 Entire Story in Fewer Words Than Are In This Sentence:

Obviously the main romance of the film is not between the main character and his wife who is hastily killed off to advance the revenge plot. The romance mainly erupts between the hero’s two groupies, a pair of Cambodian Guerillas. The two never leave each others’ side and even willfully and nonviolently allow themselves to be captured and tortured in an enemy prison camp just to stick together. When one is slain in combat near the end of the film, the other values grieving the loss of his “friend” more than his own safety.

The villain of this piece, a Russian Commander named Vlassov (as performed by usually small-role staple of Filipino trash cinema David Light), is clearly gay as he’s much more interested in pursuing the hero he refers to as a “Commander” and keeping his men grouped tightly around him at all times than women. Actually, the only time we really see him smile is when he’s torturing the sweaty hero and when he is massacring women and children of an innocent and largely straight and co-ed Thai village. Just look at the delightful wink he gives one of his subordinates when he signals him to start firing mortar shells at the screaming women. On top of that, he is definitely in love with the film’s hero (imagine a sweaty Sylvester Stallone who neither exercised nor bathed regularly). Those in doubt need only notice the “shocked” expression he displays in his close-up when the hero comes “back from the dead” to pay him a surprise visit. He’s not angry – he’s delighted that the fun isn’t over.

Holy Hell! Forget about trying to keep up as this film is all but a celebration of death and all things violent. At least 270 human beings meet their end in this film, including about 150 by the hero’s hand personally, and the vast majority of said deaths occur during the climactic 10 minute final raid on the enemy base. These numbers are admittedly estimates as a many die en masse when bad guys huddle around huts and said huts later explode real good. People are shot and exploded with reckless abandon flailing around on fire and dropping like flies out of gun towers. This is where this film excels over 99% of the Rambo ripoffs posted by Italy and The Philippines in the late 80’s.

For a serious answer on that question you have to take this film with a certain level of perspective. This could be considered the Citizen Kane of its genre; that of Shot-in-the-Philippines Exploding Hut Jungle Trash Action as was churned out by the PBR-load from Italy during the late 80’s.

As far as competing with American 80’s Action, it really doesn’t hold up under scrutiny. There’s no attempt at even inappropriate dark comedy, the ‘acting’ is sub-dinner theater, many of the explosions don’t go off where and when they’re supposed to, people obviously freeze and turn into mannequins just prior to death (a few just stand there motionless after being set on fire), etc. There’s a few annoying subplots involving the happy Thai villagers where the protagonist’s wife hangs around with her PTSD mother and Mr. Miyagi father (played by Ken Watanabe… and no, not THAT Ken Watanabe). Thankfully the plot is only vaguely extant past the first act, and of course a distant afterthought to the 60 minutes or so of action, which is of course what we all paid to see.

The “filmmakers” (if you can call them that, more likely a group of deranged butchers finally at a place in their lives when they can capitalize off the slaying of armies of dozens for the camera) clearly had a ball building huts and exploding them over and over, thinking of creative ways of planting empty costumes, jeeps, and extras all over a burning hellscape. If you find the action lacking in this piece in any way, you might want to rethink if the 80’s action genre is for you.

Remember that this film IS a ripoff… a rehash… an homage if you will not only of RAMBO: FIRST BLOOD PART 2, but of COMMANDO, and a little bit of ALIENS, MISSING IN ACTION, and a bevy of other, bigger-budgeted and better-remembered films. Therefore, don’t go in expecting much originality aside from seeing the hero take down a chopper with a bazooka.

There was dialog in this movie?

“I promised you a bad end” will have to do it for this movie. Italian doesn’t necessarily translate the best into English, even with the performers clearly speaking English on the set. Most likely they were handed an English script with just a bunch of vague ideas on it and had to come up with their dialog in their head. That’s the best I can currently come up with.

None. Our Hero in this picture is a man of few words with even less screen presence than that hut in the background. It’s perhaps better that way, lest he distract us from the huts blowing up and dummies on fire.

Apparently the Russian presence in Southeast Asia was a lot more involved than had been previously taught in textbooks. Actually name one American history textbook that even tried to describe what happened in Southeast Asia after the US pulled out of Vietnam. The filmmakers clearly did a little research on the political situation and found a way to insert an American Hero and turn a complex political situation into the standard Reds vs. Us shoot-em-up (I ain’t complaining).

The film depicts at least a corp of Russian Commandos actively fighting alongside the Vietnamese (and issuing orders to them) while fighting the saintly and lion-hearted “rebels” (which this movie neglects to inform us would have most likely been the remnants of Pol Pot’s Khmer Rouge).

Oddly enough this film tosses in a scene where our hero gets tossed by the Russians into a pile of rotted corpses as seen in Roland Joffe’s THE KILLING FIELDS, which made a big point out of demonizing the very side he’s so cozy with in this film.

According to this film, America unscrupulously kept expatriate commandos on the hook for decades after the end of the Vietnam War all over Southeast Asia just to cause mischief for the commies moving in and setting up shop. How did we keep them motivated? Well of course, there’s always the promise of sending them back to the states after just “one last mission”.

Most of the deaths here are run-of-the-mill shootings, stabbings, explosions, strangulations, and cliff falls. At one point the hero shoots a guy with what looks like a flare gun only to produce one juicy and pulpy squib. One novelty is that the hero bothers sneaking around a docked Russian vessel and stealthily murders half the crew before the rest become wise to it. Why bother with all the sneaking?

Yes. The main villain Vlassov gets the dignity of going out with a standard 80’s Corpse Kill. He attempts to run over our hero with a rental Armored Personnel Carrier, only for the hero to jump about and snap Vlassov’s neck from behind. He then tosses a hand grenade inside and turn Vlassov’s lifeless corpse (and presumably the APC’s driver) into scrambled eggs. The APC then conveniently drives neatly inside a nearby cheap thatched hut before exploding even more, reducing our villain into a fireball without taking the precious military hardware with him. In none of these explosions is an echoey “Americanski!!!” superimposed over the soundtrack.

**Was There An Atomic Blast At The End?**

No but our hero successfully manages to aim and fire a bazooka at an enemy Huey while hanging on the rope-ladder of another Huey mid-air. I’m not sure if such a thing would work, but Spoiler Alert: at least one chopper explodes real good.

I learned that in 1980’s Philippines that as compared to AK47’s, M-16’s were apparently much cheaper and easier to come by, or at least blank ammunition for them. If you look closely, you’ll see that in the shots of large groups of Russians or NVA soldiers that only the ones closest to the camera are endowed with proper East Bloc weaponry.

Apparently cheap and hastily constructed Cambodian huts are nearly bulletproof and can withstand a sustained barrage of 7.62mm gunfire from nearly a battalion of soldiers for minutes on end. Vietnamese Military Doctrine dictates that soldiers huddle up and get as intimate with any explosives or flammable substances they happen to be near whenever a firefight breaks out. Not only does it provide some light cover but saves big on cremation costs to said soldiers’ families. 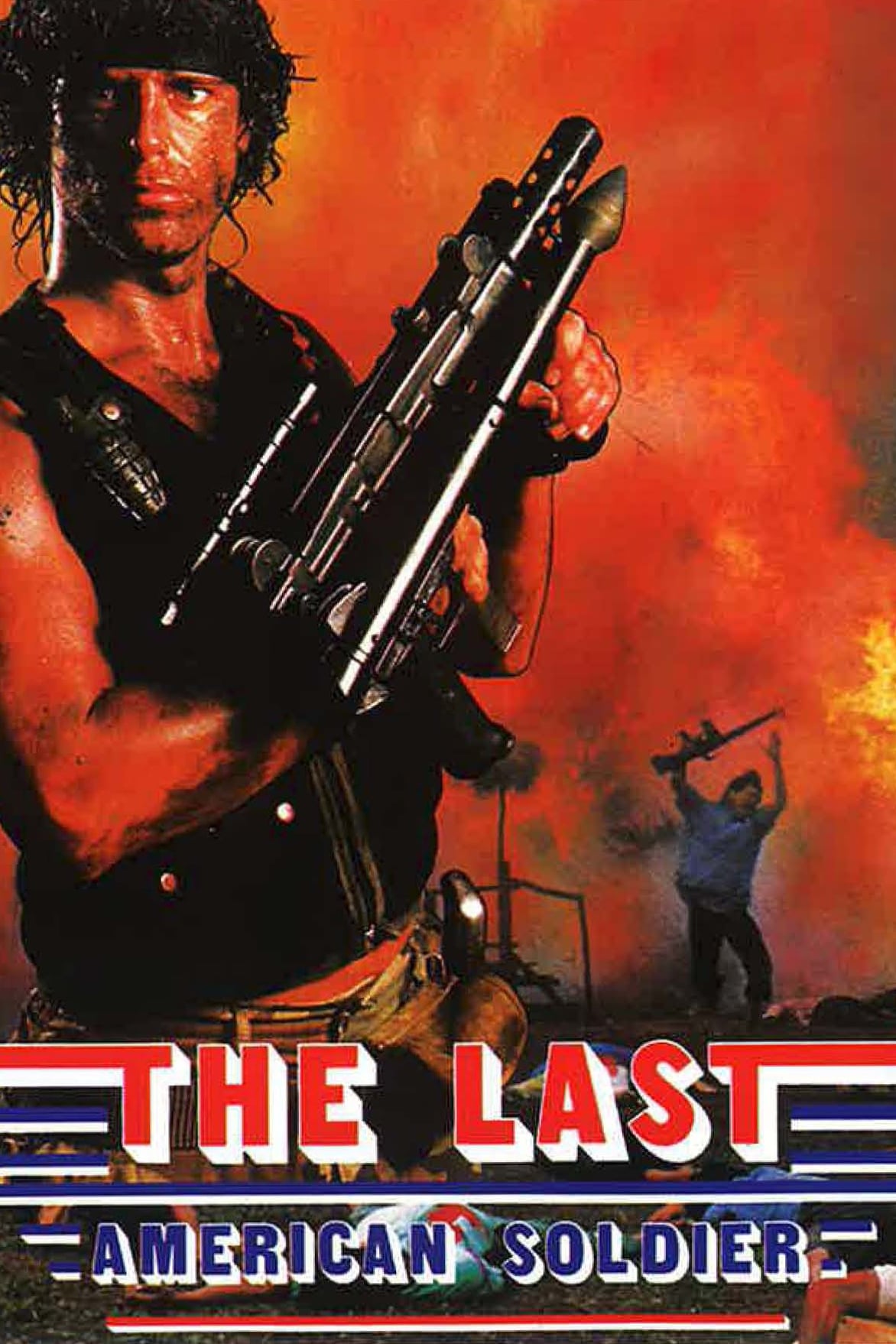