/ 5
Runtime
0h 11m
​
​
"I shot this film with a 16mm wind-up Bolex, and the 25th Anniversary tour of Dutch band The Ex, when they embarked on a 'convey tour' with about 25 performing comrades. If half the battle is getting there and half the battle is joy, then the other half is madness. I thank all of the musicians who float in and out — of the film, in particular, and my life, in general." — Jem Cohen 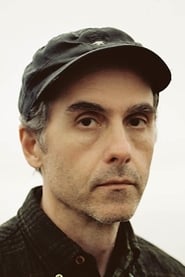 I loved this; watched it like 50 times on a loop.The camera movement feels natural as its handheld and follows the flow of the performances or the moving of the vehicle. The viewer is given breaks of tranquility before going back to the business of the concerts. It uses montage very well as it uses visuals in a non-chronological order and rock music. When Cohen displays concert scenes, he doesn’t match up the music to the audio so you know the music isn’t diagetic but rather to capture the overall feeling of the film. I enjoyed the concert scenes a lot because you can really see the character of the band members as they let loose in their performance. It’s interesting how filming a performance and using camera movement or manipulation of time (such as slowing down the video) can create a different purpose to a performance.