"They Didn't Invite Me, So They're Gonna Die'

This is low-budget, SOV filmmaking which perfectly embodies the late-80's. There's really nothing like this movie, either! Five songs, sitcom-length and packed with gags, gore, singing and dancing. An executioner who isn't invited to parties shows up uninvited and slaughters all party guests. As a result, the police put a ban on partying. When a murdered friend is resurrected inexplicably, his friends throw him a 'picnic', but you-know-who didn't get the memo and made sure they paid for their oversight! This debuted in 1989 on a cable access station in Chicago and fell into obscurity until director Scott Grenke dubbed some VHS tapes and peddled them at a local comicon. The tapes didn't sell well and he abandoned ship. In 2020, Black VVideo reissued it officially on VHS. 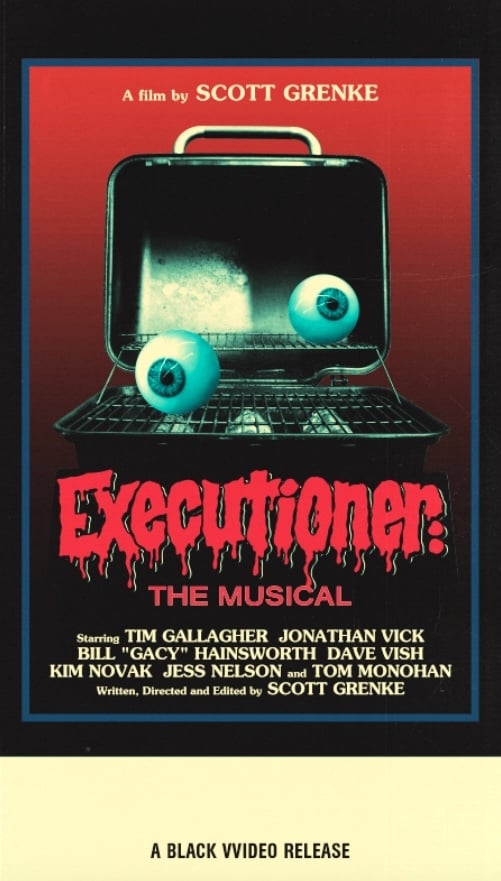